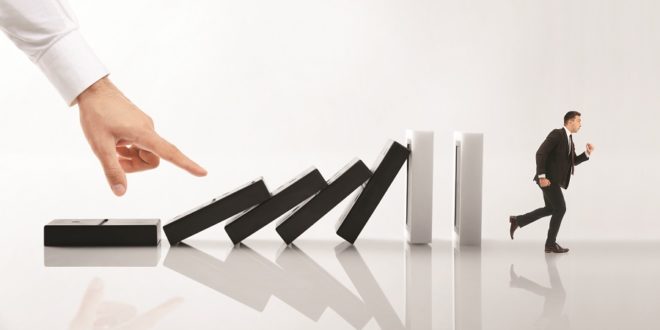 Why do people become addicts?

If life is a game,
then why is my level so complicated?

How and why do people become addicts? There are many myths around this topic. Some people think that drugs are from poverty and dysfunctional life; others believe that “the rich have extra money to spend”.  Also, often, spreading of drug addiction is associated with drug trafficking and availability of drugs, although, of course, drug trafficking is a consequence, not a cause.

Speaking about the availability of drugs, opium, for example, has been used as a medicine since ancient times, because at that time they did not understand the difference between the concepts of “relieve pain” and “cure a disease.” Even in the XIX century, opium was sold in any pharmacy. Another “medicine” was considered marijuana, which was used to treat gout and distractibility.

The discovery of America introduced Europeans to another drug, cocaine, which was taken as a medication. It was officially sold at the pharmacies as a cough aid. And indeed, patients who took cocaine forgot about coughing immediately.

However, the availability of drugs led to the massive development and spread of drug addiction, and doctors began to sound the alarm. A serious fight against drugs began relatively recently – in the 1960s. In those years, another “medicinal” drug LSD appeared, it is a synthetic drug that was used to treat depression, in some cases even without the patient’s knowledge. Soon lots of suicides were committed by those patients who took LSD.  LSD was banned, and medicine began to study why and how people become addicts.

What conclusions did the researchers come to?

So, the drug is “freeze” of the person.

If a person is tormented by unpleasant thoughts, worries, disorders, then this is also a disease. It is an intellectual disease. The drug eliminates such thoughts, and the person acquires a temporary peace of mind. At the same time, as soon as the effect of the drug is over, unpleasant thoughts return, but already with the narcotic “withdrawal”: a combination of fever, vomiting, diarrhea, and pain in all joints. Therefore, as soon as the addict “tried the needle”, then there is no way back. Depersonalization begins, that is the loss of personal “I”, and soon a person turns into a “vegetable”.

As we see, the initial reason for taking drugs is the desire to get rid of unpleasant thoughts. And then begins a vicious circle. Drug problems only increase, so the drug addict increases the dose.

One of the key signs that a person can become addicted is a certain reaction to problems.

We all have different problems without exception. However, the reaction of people at the moment when they are faced with any difficulty can be very different:

First option.  Facing a problem, a person tries to understand what happened and looks for solutions actively.

The second option. A person seeks assistance in trying to understand why it happened and how to solve it.

The third option. A person ignores the problem, closes his eyes on it, and “runs away” from the problem. In this case there is a good chance that he will become drug addict.

Any problem can be solved only if you face it. But if you pretend that the problem does not exist,  it will only get worse.

The risk of addiction increases when a person tries to run away from problems, using any opportunity. And in this case drugs are very dangerous because they just “burn out” the brain along with the problem. A drug addict is a person who believes that there should be no problems in life. Any difficulty for a potential addict causes the desire to escape and the addict has only one method of “solving” problems, it is taking drugs.

Therefore, the best way to protect yourself from a drug abuse is to face your real problems and fears. Do not hide from them, but go and work on them.

Unfortunately, nowadays trouble-free existence and an easy lifestyle is promoted through movies, TV shows, songs, advertising, and so on.

Often, the problem of drug addiction is the result of the collision of a “pink”, thought-up life with a real one. First a person starts complaining:

Complaints are the beginning of escapism. And then a person starts looking for the means to forget about the problems.

Prevention of drug abuse is learning that difficulties and problems are an integral part of real life, and the only way to live a normal life is to “turn on” your intellect and learn to overcome and solve these problems. All other roads are a dead end.

Therefore, if you see that your loved one, a relative or a friend begins to behave like an ostrich, burying its head in the sand, then be attentive: there is a chance that he/she will start taking drugs. And if you have a tendency not to look at the problems directly, then you are in danger of becoming addicted to drugs. Therefore, consider problems as an opportunity for personal or professional growth. The more serious the challenge is, the greater the results you can achieve. Take it gratefully, enjoy any problem and the positive results in your life will not be slow to appear.