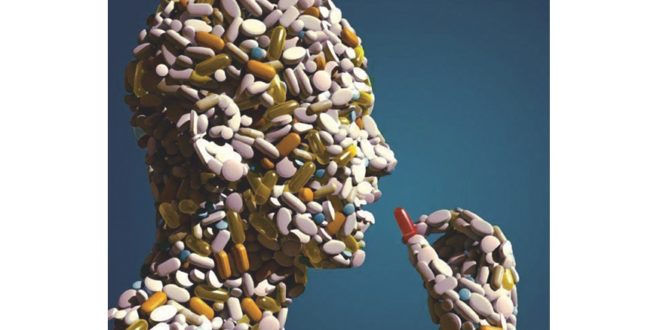 World cocaine production reached a peak of approximately 1,410 tons in 2017; the main producer is Colombia. Also for the two – year period, 2016-2017, world opium production increased by 65% and reached a record level of 10,500 tons. In 2017, cannabis (marijuana) became the most common drug: between 2007 and 2017, the number of people using cannabis increased by 16%, corresponding to the increase in the world population over the same period.

For example, in 2017, 87 tons of pharmaceutical opioids were seized worldwide, which is roughly equal to the amount of heroin seized in the same year. The number of deaths caused by taking opioids in 2018 accounted for 76% of all deaths associated with taking drugs.

The situation is exacerbated by the growing flow of pharmaceuticals of dubious origin, supplied for non-medical use. Fentanyl (an opioid drug used to relieve pain syndromes of medium and strong intensity) and its analogues remain a problem in North America.

The risk of drug use and the associated negative effects are highest among adolescents. According to the data, the most dangerous periods of the beginning of the use of narcotic substances are average (12-14) and late (14-17) adolescence, and subsequently the level of consumption reaches a peak between 19-25 years.

Among drug users in older age groups, people with physical and mental health problems are more likely to be found.

Approximately three quarters of the deaths in the 50+ age group are due to opioid use.

The study shows that the majority of drug addicts are men, while women are distinguished by specific forms of drug use (tranquilizers, sleeping pills). In typical cases, women start using drugs later than men, but statistics show that after starting psychoactive substances, women begin to increase the dosage of alcohol, cannabis, cocaine and opioids much faster, are more likely to develop addiction and drug-related disorders.

Previous Why do people become addicts?
Next Feodor Chaliapin: The Beginning