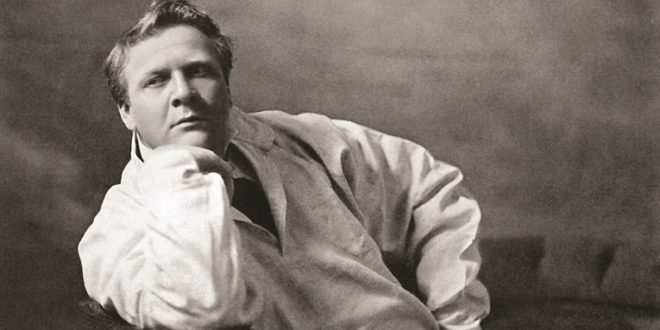 “ The Opera amazed me … The theater was my deepest passion since childhood, the only beautiful dream of my adolescence”
– F. Chaliapin “ The Mask and The Soul”

Fyodor Ivanovich Shalyapin … A bright personality. A man with a difficult fate. His talent is fascinating. His name alone continues to excite people. He is a Legend. And it all began in Ufa. Many things for Chaliapin happened in this city for the first time: the first contract, the first salary, the first singing lessons, the first stage, the first photo in life, the first roles, the first poster, the first benefit performance, the first autograph, the first recognition by the audience.

Back in 1890, the parents of the young Chaliapin let their son to live independently and earn his own living, and he went to get a job in the choir of the Semenov-Samarsky troupe. Suddenly, Shalyapin received an advance payment of 6 rubles. “Advance payment? I did not know what it was, but I really liked this word. I felt something good behind it”, Chaliapin wrote. In addition to this payment, he was given a ticket to Ufa. And on September 13, 1890, he left Kazan on the steamboat “Vityaz” to meet his fortune. He wrote later: “It was September. It was cold and cloudy. Apart from my jacket, I had nothing … I felt excellent: for the first time in my life I traveled second class, and where I was going! To serve a Great Art, damn it! ” September 19, the steamboat arrived at the city. Feodor had to walk three versts (versta is 1066,8m) from the pier to the city and then to the hotel where his entrepreneur lived. They didn’t let him in, he was wearing dirty shoes, and the future great artist had to go down the corridor barefoot. He had no socks. 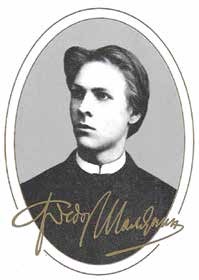 The young singer worried whether he would be allowed to stay in the troupe or not, because during the job interview he lied that he knew many parts in operas and operettas. But fortune smiled at Chaliapin:, the choirmaster, while listening to the voices of all the singers said: “No, this boy should stay. His voice is not bad and he seems to be gifted”. Feodor fell in love with the theater. He took any work with pleasure and did everything with great inspiration: he cleaned the lamps, swept the floors and the stage, and helped set designers.
A young singer settled in Ufa “at the laundress, in a small dirty basement room, the window of which looked directly out on the sidewalk… I could see legs of passers-by and preoccupied chickens walked around. I used some wooden crates as my bed … For my 20 rubles salary a month, it was a rather luxurious life. ”

Ufa has become the cradle of his creative life. Chaliapin’s debut in Ufa took place on October 26, 1890 in Zamara’s opera The Singer from Palermo. He sang in the choir, but his career went up fast. On December 18, 1890, he  already sang a small solo part of Stolnik in the opera Monyushko “Galka”. One of the soloists got sick, and Semenov-Samarsky asked Shalyapin to perform that part. Feodor Ivanovich agreed happily. He learned the part the night before the performance, making it difficult for his roommate to sleep. He performed his part brilliantly, but he considered it not very successful.  That’s why he was astonished to hear applause. “Bow, damn you! Bow! ” the conductor whispered. After the performance, the happy entrepreneur added 5 rubles to his salary. 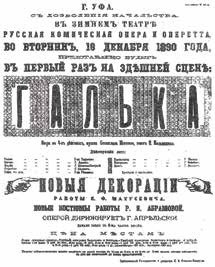 Only one poster promoting that opera survived till present days.

With the permission of the authorities.  At the winter theate,r on Tuesday, December 18, 1890, it will be presented for the first time on the local stage. Russian comic opera and operetta “Galka“. Cast: Stolnik – Chaliapin (the first column, the fourth from the top).

“My God, how nice it was to see my surname on posters: second basses: Afanasyev and Chaliapin … I put on a Spanish suit, drew small mustaches, made eyebrows, put on lipstick, made myself handsome Spaniard. .. Inside me, too, everything trembled with fear and joy. I was like in a dream. The audience screamed, applauded, and I was ready to cry with excitement. ”
“Galka” will forever remain in the heart of the singer. During the first performance at the Milan Opera, he recalled his condition at the time of the Ufa premiere: “I was trembling just like at the debut in Ufa, in “Galka”, and I did not feel the stage under my feet.”

This debut helped seventeen-year-old Chaliapin. He started getting the small parts in operas, for example, he sang the part of Ferrando in the “Troubadour”. Once Chaliapin fell down on the stage during the performance, he missed the chair – since then he has been very attentive, watching the chairs on the stage all his life, being afraid to miss it again. At the zenith of the world fame, Chaliapin wrote: “In Ufa, I had already inhaled the stage dust, already recognized the enticing hum of the audience before the curtain call and, most importantly, the footlights, although at that time it consisted of only twelve kerosene lamps.”

In those years, artists helped each other, arranging benefit performances for each other. All fees from the performance were given to someone from the actors. Chaliapin’s benefit performance was on March 31, 1891 by the decision of the entrepreneur. Chaliapin played the part of the Unknown in the “Askold’s Grave”. “I almost gasped: what?  The benefit performance?” He recalled later. In addition to money, the singer got a silver watch on a steel chain from one of the Ufa music lovers. Real luxury! He recalled: “I became rich. I have never had such money. Yes, and  a watch!

By the way, it was in Ufa that Chaliapin took his first music and singing lessons from Varvara Parshina, a graduate of the Faculty Piano and Singing of the St. Petersburg Conservatory. And in April 1891, Chaliapin had a little accident, which was later described with subtle humor by Alexander Kuprin in the story “Eggnog”. It happened that the singer had a cold and he didn’t have voice two hours before the performance! And he treated the cold with a hellish mixture of burnt sugar, eggs and rum. Feodor Ivanovich then loved to tell his friends about this episode from his life in Ufa.

In Ufa, Chaliapin’s writing gift was revealed. Semenov-Samarsky advised him, and he began to write articles for newspapers about the performances of the troupe. Later he began sculpting and painting.

In the spring of 1891, the Semenov-Samarsky troupe left Ufa , the season was over. And Chaliapin stayed. At that time, the Society of Singers, Music, and Dramatic Art existed in Ufa. In April 1891, Chaliapin met with the head of the society Ryndzyumsky and accepted his offer to participate in performances. On May 6, Chaliapin appears for the first time as an old servant in Rubinstein’s The Demon. The society organized this performance in the Noble Assembly Hall. Chaliapin took the last name of his mother for this performance, Prozorov (his mother’s maiden name was Prozorova Avdotya Mikhailovna).

“The fans, the audience and even the chairman of the district council himself praised my voice very much,” Chaliapin wrote, “they said that I had a gift for the stage and that I needed to study. Someone offered to raise money and send me to Petersburg or Moscow to study, and then they decided that it would be better for me not to leave Ufa, but to live here, to participate in amateur performances and serve at the city administration, where the chairman will give me a place with a salary of 25-30 rubles. I will sing and serve at the city administration, and in the meantime, my well-wishers will collect a lot of money for my trip to the capital for studying. ” Brudinsky, a big fan of the theater, being the chairman of the District administration, found a position for Chaliapin at the provincial council. Chaliapin accepted this offer and on April 29, 1891, he began to work against his will.

And then he left. In the book “The Mask and the Soul”, Chaliapin recalls this: “What is it like to sit at an accounting table with exalted feelings, to rewrite the endless numbers of arrears of the local population! And one night, like Arkashka Ostrovsky in “Les”, I secretly escaped from Ufa … At seven o’clock in the morning I was already on the boat, tormented by the fact that I had taken a loan from the council that I could hardly return. 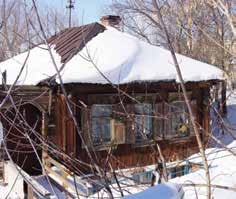 He visited Ufa again in the autumn of 1904, having already become a famous singer. On the way, he came to visit his friend, the turner of the Ufa railway workshops, Grigoriev, they used to sing together at the church choir. During a friendly feast, an entire delegation of workers appeared and persuaded Chaliapin to perform at the worker’s club. The small hall was packed with hundreds of people. Kerosene lamps illuminated the scene brighter than usual. The concert continued until late at night.  Chaliapin sang “Dubinushka” several times, along with the audience. 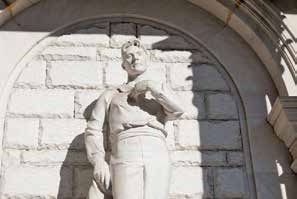 Ufa cherishes the memory of the great singer. There is a sculpture of Chaliapin opposite the Bashkir Opera and Ballet Theater, where the singer made his debut. By the will of destiny, in Ufa, Chaliapin was just beginning his career. Therefore, the marble figure is different from other monuments, where the singer is depicted venerable, mature, and confident. In Ufa, the figure of a young Chaliapin shows a singer who froze in anticipation of a meeting with the audience. He is still very young and unknown to anyone.

Since 1991, “Chaliapin evenings” have been held in Ufa: famous foreign and Russian performers come to the capital of Bashkiria. For two weeks, Ufa becomes the center of attraction for both the Opera stars and the young singers, who just start their careers. During the festival, the Feodor Chaliapin International Vocalists Contest is held. History repeats itself: as many years ago, young talents begin their road to fame on the Ufa stage.