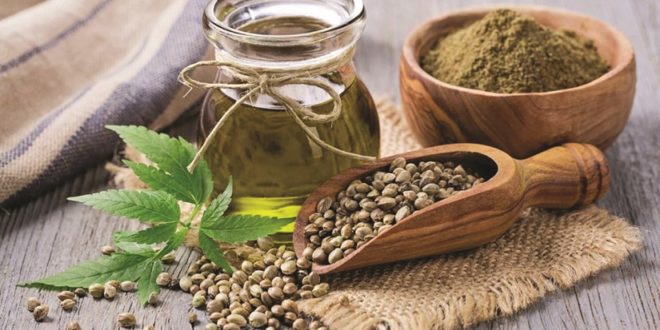 Cannabidiol or CBD oil is one of 85, known today, complex and unique substances, which plants of the genus Cannabis contain.

Unlike Tetrahydrocannabinol (THC), Cannabidiol does not have psychoactive properties, it does not cause changes in consciousness, does not affect perception or attention.

CBD oil has a number of healing qualities:

A healthy appetite is very important for the general condition, but especially when the body needs to recover from an illness or injury (during severe illness, there is often a decrease in appetite, as the body concentrates all its strength in fighting the disease). According to research by the National Cancer Institute, the CBD stimulates appetite by acting through various cannabinoid receptors in the human body. Researchers believe that these receptors play an important role in regulating food intake.

CBD also helps with nausea, vomiting and abdominal distention, which is especially important for people who are undergoing chemotherapy or dealing with another serious disease.

CBD oil is an analgesic and helps reducing pain

CBD connects with the CB1 receptors in the body and relieves pain. Also it acts as an anti-inflammatory agent and reduces swelling.

Such forms of mental disorder as constant worry, anxiety, and “well-known” seasonal depression (SAD – Seasonal affective disorder) are the reasons of anxiety for psychologists and sociologists and, of course, significantly worsen the quality of life of patients.

In a research conducted in 2011, scientists studied the effect of CBD on people with seasonal depression SAD. The experimental group consisted of 24 people suffering from SAD and recovering poorly (previous treatment did not have any results). This group was divided into two: one received 600mg of CBD, while the other group received only placebo.
The researchers then asked the patients to take part in a test imitating public speech, during which they were measuring patients’ blood pressure, heart beat rate and other physiological indicators showing the level of mental stress.

CBD has a proven antipsychotic effect and is a neuroleptic, it is effective against psychosis, helps reducing psychotic symptoms associated, for example, with schizophrenia and other mental disorders (according to statistics, about 2.4 million Americans suffer from schizophrenia).

CBD oil has proven itself to be faster and more effective than antidepressants. Also, CBD does not cause side effects or withdrawal syndrome (the reaction of the body that occurs when the drug intake is stopped or reduced and it worsens the patient’s condition).

The National Cancer Institute has conducted a series of research aimed at studying the antitumor effects of CBD. One of the studies conducted on mice and rats showed that the use of CBD “not only effectively prevents the reproduction of cancer cells, but also directly attacks and destroys cancer cells (leads to their general apoptosis) without damaging healthy tissue.” Another study by the California Pacific Medical Center found that CBD “turns off” the genes involved in the spread of breast cancer, glioma, and possibly other forms of cancer.

And this is not a complete list of the healing qualities of cannabis oil, which is also extremely successfully used not only for the treatment of autoimmune diseases, cellular dysfunctions, chronic inflammation, but also to improve and maintain health.