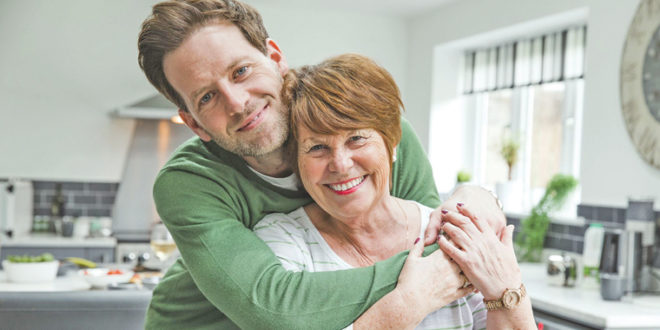 In traditional societies, a boy would become a man only after passing through initiation. Prior to that, he lived among women and under their supervision. Initiation is a mystical ritual held at a secret place, that is associated with overcoming fear and sometimes, pain.

The uninitiated entered this secluded place as boys, and returned as men able to make complex decisions, to take responsibility, to endure hardship and to face fear or even death.

A man is not a biological category, but rather a social one: a male – defender; male – supporter; a man – is a part of a circle which teaches each member to be courageous through tradition and role models; and which provides social and moral support. The need for this lies in the deep structures of the male psyche.

However, all this has changed in modern society. Initiation rituals have been pushed to the periphery and forgotten, or have been preserved in a distorted form, such as hazing – which, nevertheless, shows how deeply the need for initiation lies in the male psyche.

Most men in modern, post-industrial society have to enter adulthood without initiation, which means that many men nowadays are just grown boys, but not men in the full sense of the word. In popular psychology it’s called “Peter Pan syndrome” – which is not a psychological disorder but still a widespread phenomenon. Remember the story of Peter Pan who lived on the island of the Lost Boys?

Many of us can easily recognize the “lost boys” among our relatives and acquaintances: “lost boys” live with their parents up to the age of forty, don’t have a serious career or relationship. Or they continue being a child in their marriages without knowing how to be real husbands and fathers, unable to make decisions and take responsibility. Familiar, is it not?

Actually, some “lost boys” achieve the notorious success using dubious methods. But why not? After all, honor and dignity are the traits of men, not boys!

Is there a way out? Well, the “lost boy” can become a man if he firmly decides to do so.
Remember, if we are able to articulate a problem, then we are able to solve it. Even if the solution does not seem simple, then clearly formulate the task and set it aside (without forgetting about it!); keep your daily activities going, continuing to observe yourself and the solution will come.

The second important step. In every situation that requires action from you, ask yourself: why am I doing this? Out of fear or out of self-respect and love for my loved ones?

The answer to this question will not always be simple or pleasant. It’s normal. Our psyche is a very delicate instrument that requires constant tuning. The more often you ask yourself this question, the easier and more naturally answers will come. And finally, if possible, find a support group. These groups exist although there are not many. As a society we’ve just begun to realize the importance of initiation for the psychological health of a man.

So, think, study yourself, dare! Become men. And, on behalf of women, we add: “real men, we need you!