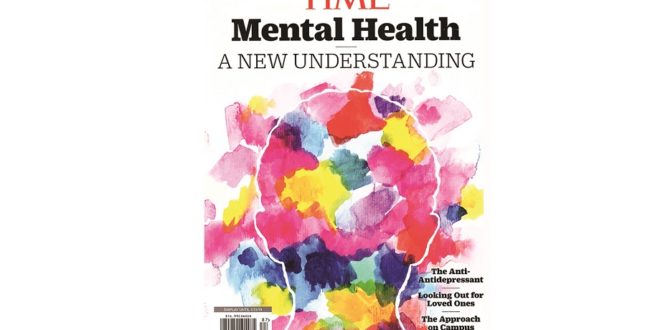 At the beginning of the New Year festive season, the world-famous, “Time magazine” published a special edition devoted to an alarming topic: the loss of the ability to endure stress, as an increasing trend. The magazine emphasizes that chronic fatigue and depression, resulting from this, is becoming commonplace not only in adults but also in children, especially among university students. The British Health Minister, Jeremy Hunt said that children’s mental health is the most serious gap in the health care system. Teenagers, mostly girls, lose interest in life after they are prescribed antidepressants. Their condition worsens and there is a high likelihood that they will eventually be diagnosed with bipolar disorder, and they will be forced to take a large number of drugs throughout their lives.

“A new look at mental health “is the title of Time magazine of its special issue.

Why do we rely on antidepressants, despite the fact that in many cases they have demonstrated their inconsistency, and in some cases lead to disastrous consequences?
Without understanding the essence and the underlying causes of depression, we simply began to prescribe everyone indiscriminately with drugs that change the level of the hormone serotonin.
The professor of psychiatry, Dr. David Healy, examining the problem deeply, argues that stress and depression have nothing to do with changes in the level of serotonin in the brain. Unfortunately, not many psychiatrists listen to his opinion.

Such important questions are addressed in a special issue of Time magazine. But is there an alternative to pharmaceutical antidepressants?

The homeopathic approach to treating various mental disorders is to understand that the patient is going through a difficult time and, thus, not drowning the wounded nervous system, but rather stimulate the self-healing instinct that exists in us from birth.

At the same time, the treatment is aimed at recognizing the patient’s personality and, comparing it with the therapeutic characteristics of the homeopathic medicine. It helps to stabilize the patient’s condition, and in many cases even to achieve complete healing.

Here are just a few examples of natural homeopathic medicines that are used to treat the following emotional disorders:

Aurum
People with a heightened sense of responsibility tend to impose upon themselves blame for the failure in life. It is used in the treatment of severe depression and suicidal thoughts.

Cimicifuga
Nervous condition, when it feels like electrical discharges go through you. Panicky condition, when there is a sense of impending doom. It usually occurs after a hard break up.

Ignatia
The loss of the ideal in life.  Hysterical reactions. Often such patients stay behind closed doors and cry all the time.

Sepia
Loss of interest in everything. Indifference to all, even to family and friends. A feeling of endless fatigue (for example, due to excessive family duties), but physical activity can temporarily cheer you up.

Stramonium
Sudden mood swings. Being in this state, the patients are able to bite, scratch or hit. They often have nightmares, so children, for example, are afraid to sleep alone or cry while sleeping.

Pulsatilla
Timid, whiny types. They are very unstable and easily exposed to the influence of others. They are easily and often annoyed, but always look for outside support.

How do antidepressants affect the personality and behavior of people suffering from the above mentioned disorders? One of the effects is emotional atrophy: anxiety and panic diminish, but on the other hand, the patient may develop indifference to work, stop caring for the spouse / partner, children.

Natural medicines, such as homeopathic remedies, herbs, drugs for the endocrine system, can help patients to overcome difficult life situations: divorce, death of loved ones, accidents, loss of money or work, and also help to get out of post-traumatic disorder without causing serious effects and without distorting the patient’s personality. As a result of this natural holistic treatment, the lives of patients again become joyful and meaningful.

I wish you good mental health. If you want to discuss anything from the article or get individual advice, please, contact me and I will be glad to help you.

Previous Truffles. The most expensive mushrooms in the world
Next Diabetes and fitness